The Beginnings of Minimalism

The minimalist’s lifestyle is something I’ve always been tangentially interested in. I look at people who have all of their desktops and counters perfectly clean and beautiful, who spend their days in thought and consideration and I’m a little jealous. I’m hoping to outline some ideas I have regarding my own first steps into something resembling minimalism.

There have been a number of motivations over the years, but here are a few that have been weighing on me in recent months:

Another thing that’s happened over the last several years is a large philosophical change in myself. For a handful of years (right after college) I decided that the best thing was to have everything. I had these ideas about having an expensive car and I started to buy. I upgraded my computer, I bought all sorts of video games (and played very few of them), and so on. I had stuff and I wanted people to see the stuff that I had, so I’d invite friends and coworkers over to use my stuff.

Looking back, I find that I’m not exactly disgusted like some people might be. I was naive and wasteful. The joy I got from things was misplaced. Here’s an example: I used to shop on woot.com all the time. I don’t have a particular problem with the service they offer and some of the things they sell are actually pretty good deals. The problem was that I would buy these things on woot, not because I wanted the item, but because I wanted to buy the item. The best example of this that I can think of was when woot was selling these 20 packs of WD-40 grease pens. One of those pens could be useful if it was cheap, and maybe even 20 if I wanted to give them to family members. I bought 60 (Buy Three!). I got a kick out of having bought a ridiculous number of these grease pens and the chuckle it got out of coworkers. Then it got to my apartment, I gave out maybe a half dozen of them, used one once, and had two unopened 20 packs sitting in my closet. I still haven’t opened them. I wonder if they go bad.

Clearly I didn’t need or even really want the items, but back then I didn’t see any issue with that.

Today I don’t go to woot.com. I know that it’s bad for me and causes me to buy for the joy of buying, which isn’t a very fulfilling reason. A good chunk of the reason I want to move towards minimalism is to give me pause before I buy something. That way, hopefully, I’ll  only buy the things I actually need or that would be genuinely entertaining.

As I implied before, I’ve read a lot about minimalism. To summarize what I remember about what I’ve read, people have done some of the following:

Essentially it boils down to two or three methodologies. Go bold, be visible, and do what you can. They aren’t all mutually exclusive, though generally the people who do the top two aren’t going to do it one at a time. The third and fourth are about quick, visible change to drive motivation. 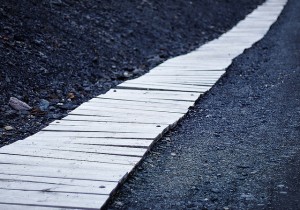 As we’re all kind of different from each other, but all kind of the same; I’ll be doing something that’s both different and the same. I’m not nearly bold enough to just get rid of everything. I should really outline what I want to get out of this experiment first:

Emptying out my closet won’t accomplish much of that. Less clutter, but that’s about it. It needs to be done, but I think it can wait. Similarly basic decluttering or a surface purge wouldn’t accomplish many of these goals.

That’s why I’ve decided to start with food. I have probably two months or more worth of non-perishable and relatively non-perishable food around the house. More if I get into basic staples. For my own resource I’m going to outline what I know I have sitting around:

Most of what I have by volume is rice, meat, and beans. I’m not sure this is the healthiest way to eat, since I’d be eating entirely grains and proteins if I bought nothing. So here are the rules:

These rules only go out one month and I plan to write up another post at the beginning of August with some update on the food portion of the plan as well as other things I might add. Discouraging but not disallowing eating out will keep me from just eating out instead of cooking the food I have at home. I’m hoping that the $20/week things will keep me from spending too much money and burning through the stuff I have at home. I doubt that I’ll have used up all the food in a month, but this should be an interesting experience and a good first step in minimalism.

There’s a chance I might start working on the room filled with stuff before the month is out, but I think going one step at a time is the best bet.

P.S. I’m going to try to log my weight, general energy level, how I feel, and when I sleep while I’m doing this. I think it could be interesting to know if just eating what I have in the house leads to something interesting. I also want to know right away if it’s going to cause problems.